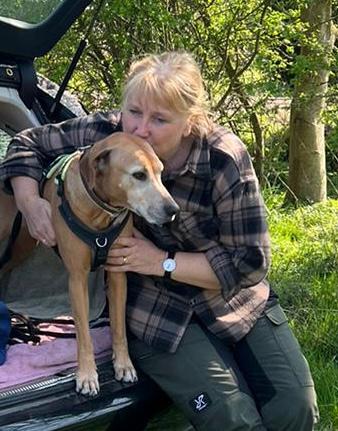 Dog behaviour work is specialised and it is essential that the person who works with you is qualified, experienced and only uses positive training techniques.

It can be difficult to find an exceptional behaviourist to help you with your dog’s behaviour and with access to so many media platforms it is easy to be drawn in to promises that are being made about quick fixes.

Dog’s behaviour can be complex and it is essential that you work with someone who follows modern science based and positive reward based training to build a good relationship with your dog using consistency from calm confident handling abilities to modify your dog’s behaviour and for you to gain a better knowledge in understanding your dog.

As Paws 4 Training are unable to offer behaviour consultations we are delighted to be able to highly recommend Tamasine Smith from Leadchanges Dog Behaviour.

Read on further to find out more about Tamasine.

Leadchanges is, intentionally, a small business because Tamasine wants to ensure she offers the 1-2-1 personal touch with highly individual attention.

This may not always be the cheap option that others offer, but rest assured, you get her full attention, commitment and ongoing support.

Tamasine deals with all aspects of behaviour but specialises in dogs from poor welfare backgrounds, fearful and shy dogs, noise aversions/fears/phobias and loves to help humans (and dogs) who don’t do well in a class environment or who may have special requirements in their learning styles.

Tamasine works with and has experienced a very wide range of breeds but has some specialist areas here too – these include podencos, bodegueros, galgos, greyhounds, Rhodesian Ridgebacks, Staffies/staffie mixes and pointers.

She is particularly experienced with rescues/adopted dogs.

Tamasine supports caregivers with a step by step process including video reminders, written guidance, ongoing WhatsApp and email support, feedback on videos sent between sessions and her aim is to help individuals become their own “mini” behaviourists, empowering them to become experts on their own dog or dogs.

Tamasine BCCS.CanBhvPrac worked with horses for over twenty years and taught and studied horsemanship for around half that time.

For a number of years she was also a teacher and trainer of horsemanship at her own centre, around South Africa and other countries.  Often those coming to the centre would meet the resident Ridgebacks and ask if she also trained dogs – to which the answer would be “no, only horses”.  However, over time, it became clear that although horses are considered prey animals and dogs predators, they actually both need the same thing when it comes to the humans in their lives – guidance and consistency, given with calmness, confidence and compassion.

She discovered that what she taught in horsemanship lessons: that it’s about who we need to be more than a method of training – also applied to dogs.  This led to her taking up studies in dog behaviour and starting on a training programme for dogs.

After working with a friend and colleague to create a self-development course called Inner Game (after W. Timothy Gallwey’s books) initially using horses as the teachers, it seemed that it might work just as well with dogs.  It did. And that was how Leadchanges was born.

Tamasine continues her studies, also attending workshops and gaining inspiration from others.

Tamasine and I have also joined forces to create workshops to inform people about puppy and young dog development, how to have the best puppy and adolescent experience, what to look out for when choosing a dog or when searching for a puppy, how to avoid pitfalls and how to get the best from any new dog you are welcoming into the family including adoptions.

By telephone (please leave a message – Tamasine will phone you back): 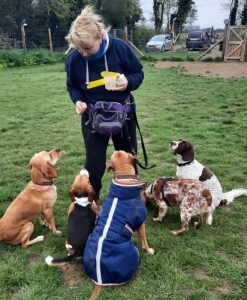